Land of Fire and Ice

A computer vision engineer by day and photographer by night, I never take the path most traveled, especially when it comes to imaging technology. Thermal cameras are one of the most interesting types of cameras, and while they are widely used in industrial, scientific, and military applications, they are largely untouched and unknown to the general public.

Thermal cameras aren’t your average infrared camera, which sees light in the 0.8-1.7 micron range of wavelengths, depending on the sensor technology. On the other hand, thermal cameras pick up infrared light in the 7-14 micron range, which allows them to see the blackbody radiation that is constantly emitted by all objects at habitable temperatures. These cameras require no external lighting — not even starlight — and can measure the temperature of every pixel they see from afar. That makes them excellent for spotting people or wildlife in the dark, inspecting heat loss from buildings, and in my case, hunting down geological activity.

Iceland ranks as one of the topmost photographed countries in the world. But in the land of fire and ice, constantly being shaped by geological forces, there is much more than the eye — or your digital camera — can see, and is perhaps one of the most interesting places on Earth to wander around with a thermal camera. Since I wanted to image wide-angle landscapes in high resolution, and my thermal camera’s field of view was only about 24 degrees, I had to put together a DIY rig to panoramically scan the scene. I also simultaneously shot a black-and-white photo with a regular camera and a wide-angle lens for comparison. I then wrote my own program to color the black-and-white photograph with the actual thermal data, using a false-color scale which you see in the upper-right corner of every image.
License: CC-BY-SA-4.0
More 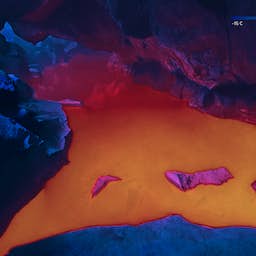 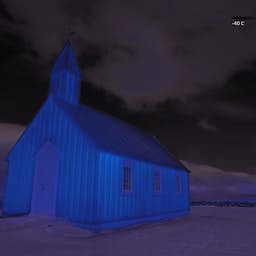 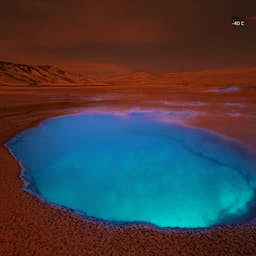 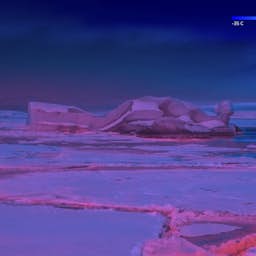 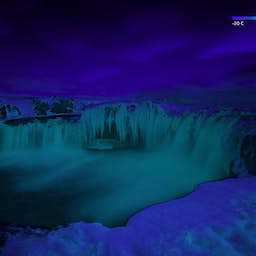 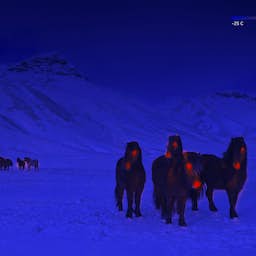 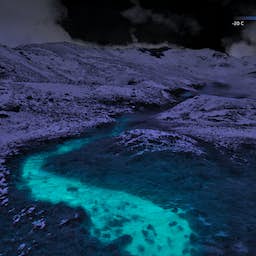 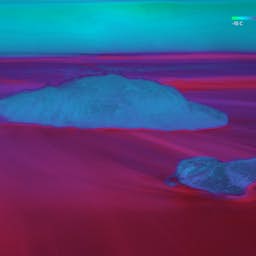 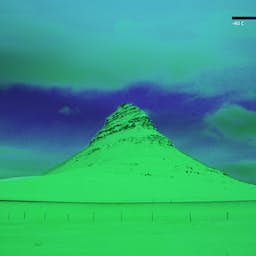 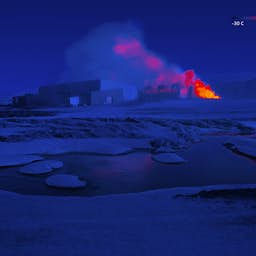 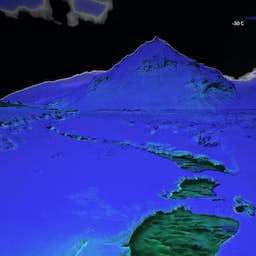 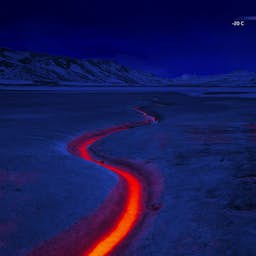 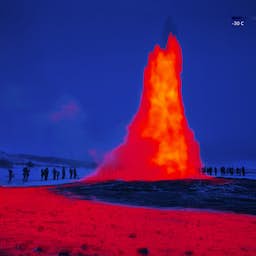 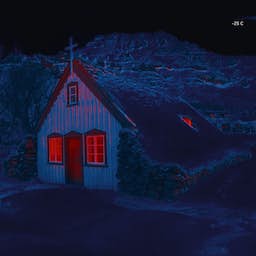 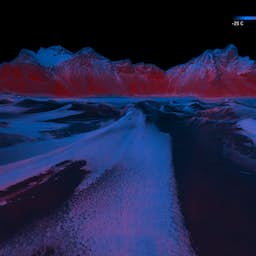