I built FooPlot back in 2007. When browsers first started sporting support for <canvas>, <svg> and vector graphics, I thought to build a simple webpage that could graph an arbitrary function. It turned out to be an unexpected success, for the measly 10 hours of work I put into it. It reached a quarter million monthly active users at one point, stemming largely from middle- and high-school students around the globe who wanted their computers to double as graphing calculators. Many used it in their curriculum as well. It ended up being a fairly decent supplement to my meager graduate student income at MIT, and funded several of my international vacations at the time. 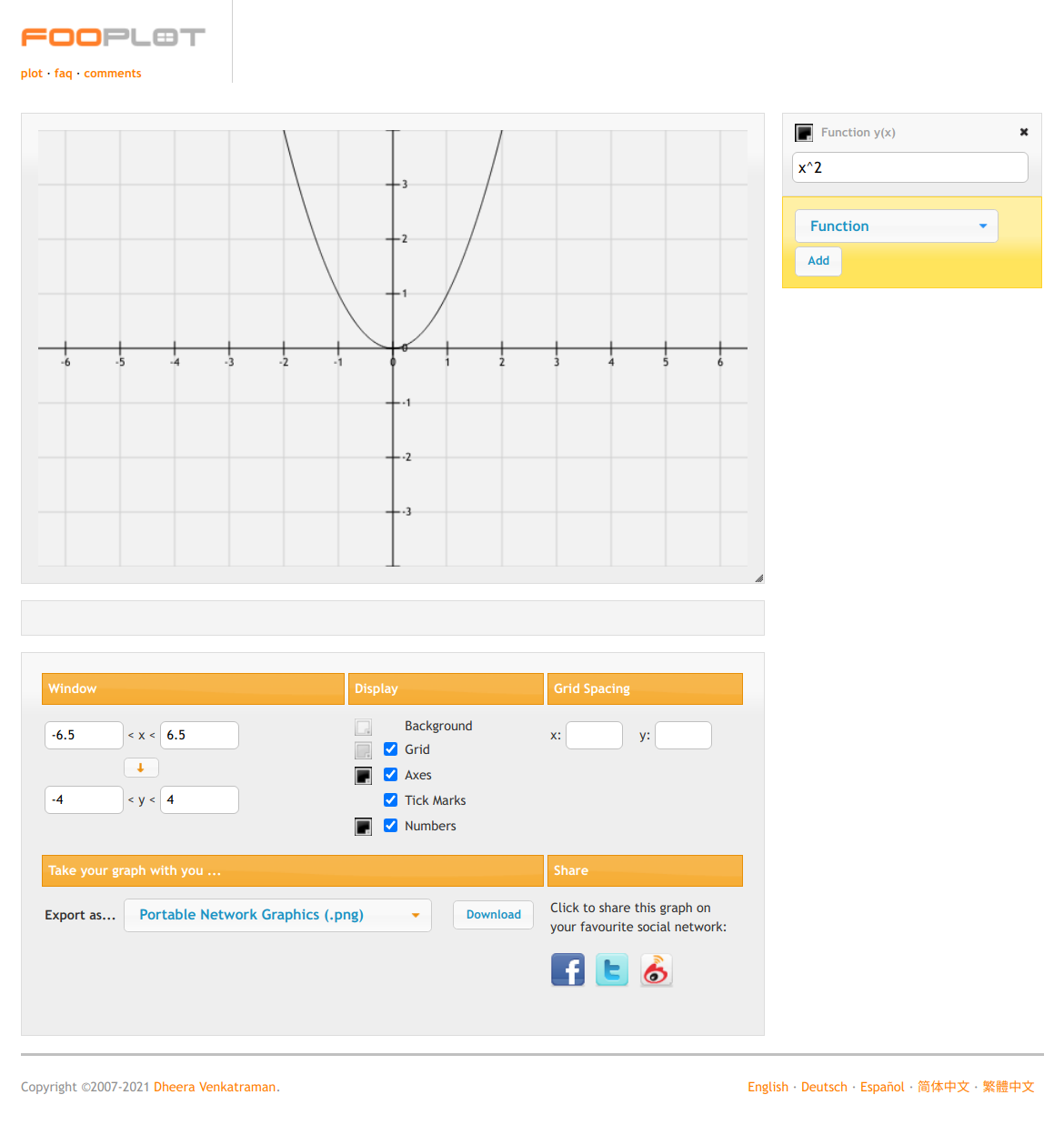 As of now the website has largely been superseded by Android and iOS apps that have a much better UI, and with the prevalence of mobile phones today in developing countries, the site is no longer as popular as it once was. I keep it up for the few that still find it useful, and because its revenue still exceeds its hosting costs, but that's about it.

I did have to build my own algebraic equation parser for it in JavaScript. That was kind of fun.